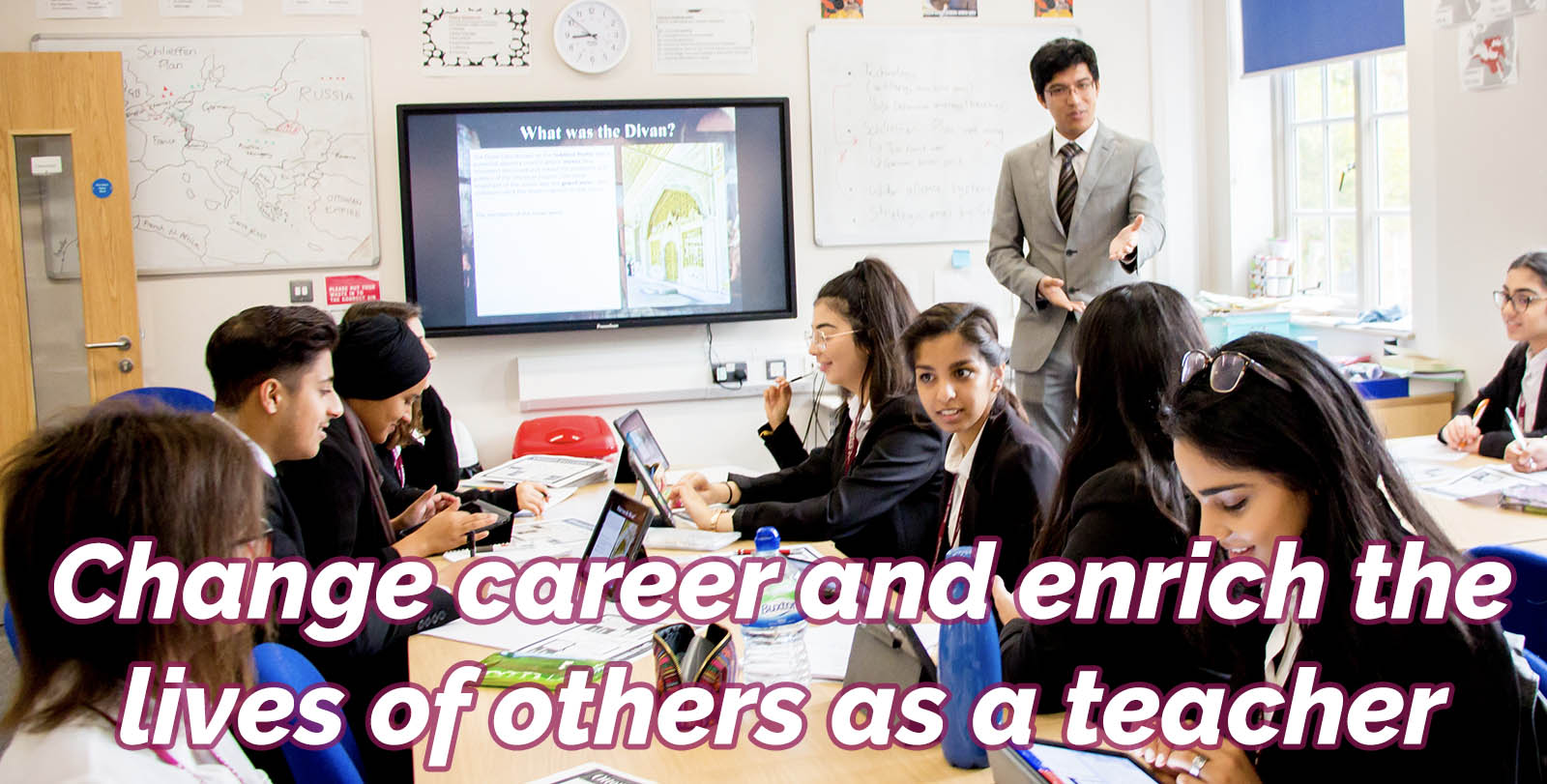 “In times of change, learners inherit the earth, while the learned find themselves beautifully equipped to deal with a world that no longer exists”

Teaching is one of the most rewarding professions one could hope to be a part of. The opportunity to combine your passion and love for your subject with shaping the minds of the next generation is a privilege that’s not afforded to everyone. A teacher can leave an indelible mark on a student where they are remembered long after they have left school or sixth form often inspiring them to achieve beyond expectations.  It is this influence on the life chances that makes teaching such a unique profession and one that we hope you wish to be part of.  We are looking for people to join our academic sixth form who strongly believe like us in this very basic but radical ideal that irrespective of your background or social class everyone deserves a first class education.

We would welcome the opportunity to meet with you to see how we could work together to achieve our aspirations.  Why are we seeking out bright, committed, and talented people to join us?  The statistics on social mobility are worrying and unless we play our part we will continue to see the gap between those who can afford a privileged education and those who can’t grow even further.  By using your skills, professional experience and deep subject knowledge you can help make a difference so that the young people in our care can benefit from the experience and rewards of higher education that we all enjoyed.

Earn a competitive salary while you train.

The full cost of your teacher training will be paid for. You’ll earn a competitive salary too.

Below we’ve some of the stories of our current staff who found teaching to be a noble, exciting, and rewarding profession to embark on as a career change, along with stories of the students whose lives they’ve changed and details of our training offer. If you’re interested in pursuing teaching as a career, please watch the videos and fill in the form below to register for updates on our programme. 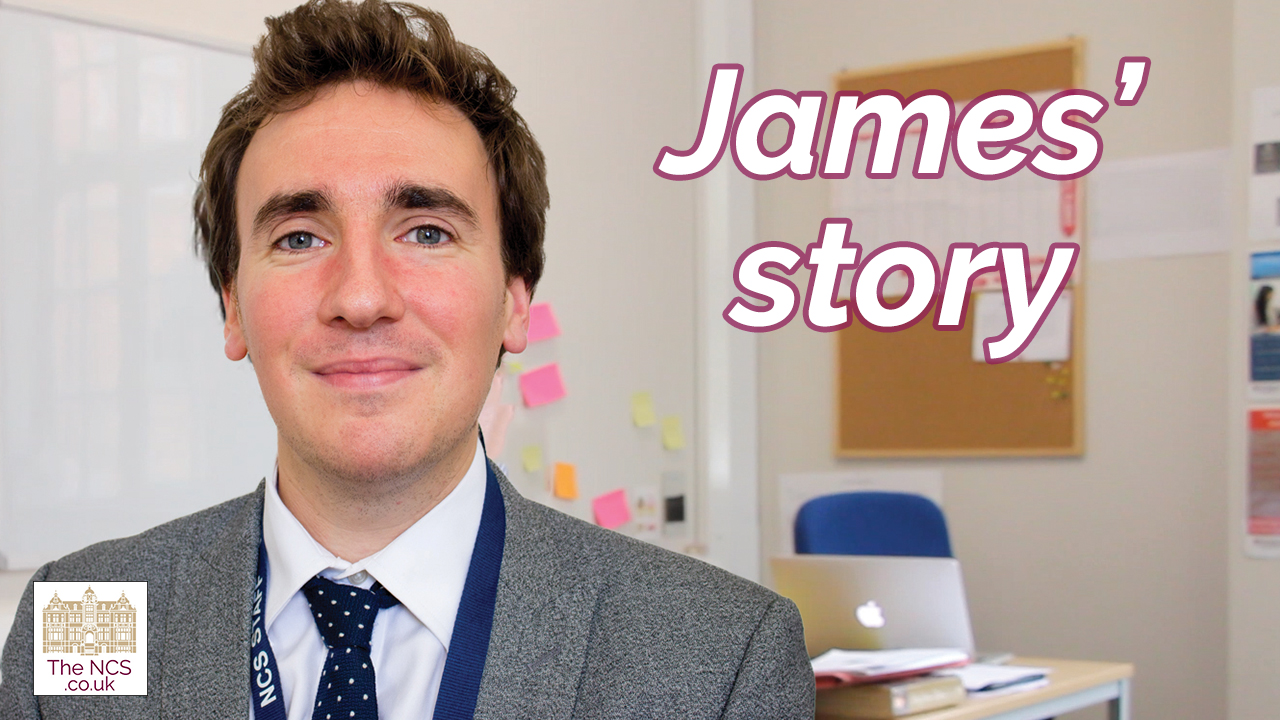 “As a teacher if you can facilitate social mobility then you’re making a positive contribution to society.”

Whilst studying at Oxford University, James became really interested in theatre and plays. He felt that they would give people an opportunity to reflect on their lives differently, so proceeded to work as a freelance director. When he needed to supplement his income, tutoring led him to a career changing revelation. 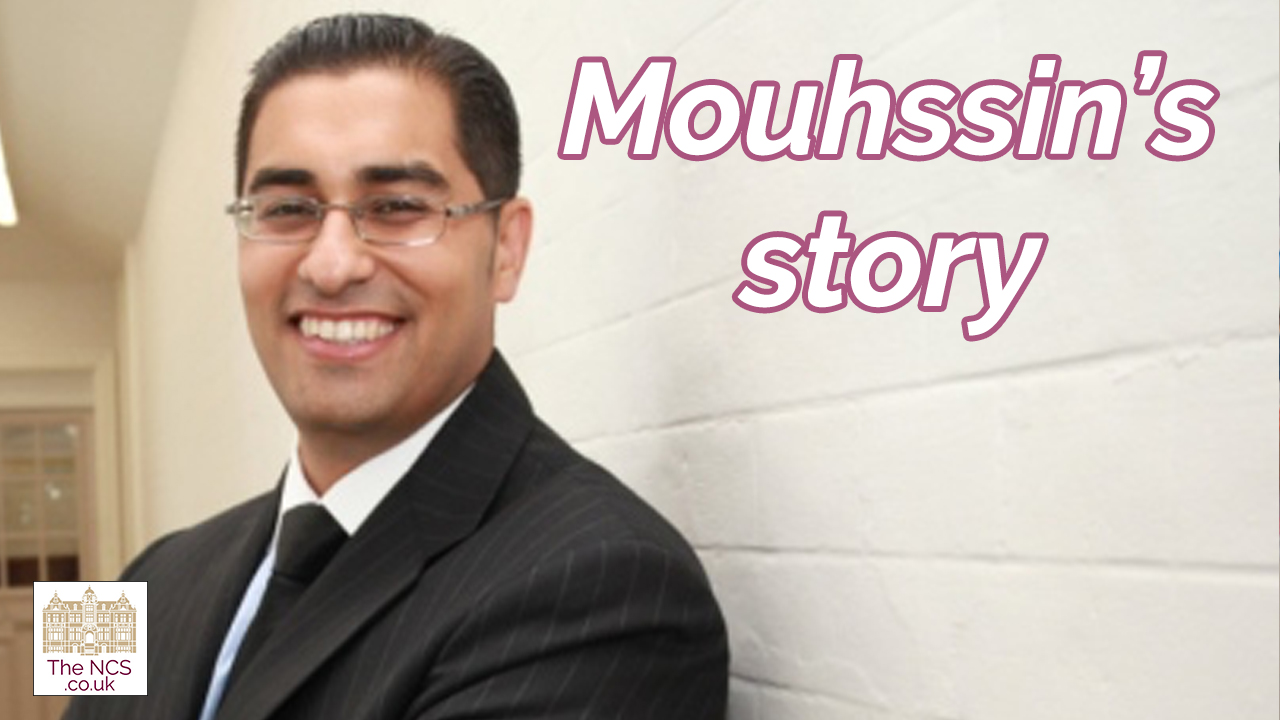 “I thought my skill set would be better suited to help the young people who are pretty much like me but didn’t have the opportunities that I did.”

Our founding principal started his career as a high flying city lawyer at Norton Rose Fulbright where we worked on complex financial contracts. One night whilst drafting a legal banking document he realised that he wanted to give back to the community that he came from. He swapped his city law salary for the life of a Business and Economics teacher in East London and hasn’t looked back since.  Within 2 years of changing careers he was leading a department in an outstanding school and after 6 years he was appointed the founding Principal of the NCS.  His position at The NCS gave him the ability to realise his full vision to give talented students the habits and skills to earn places at the world’s best universities and companies. 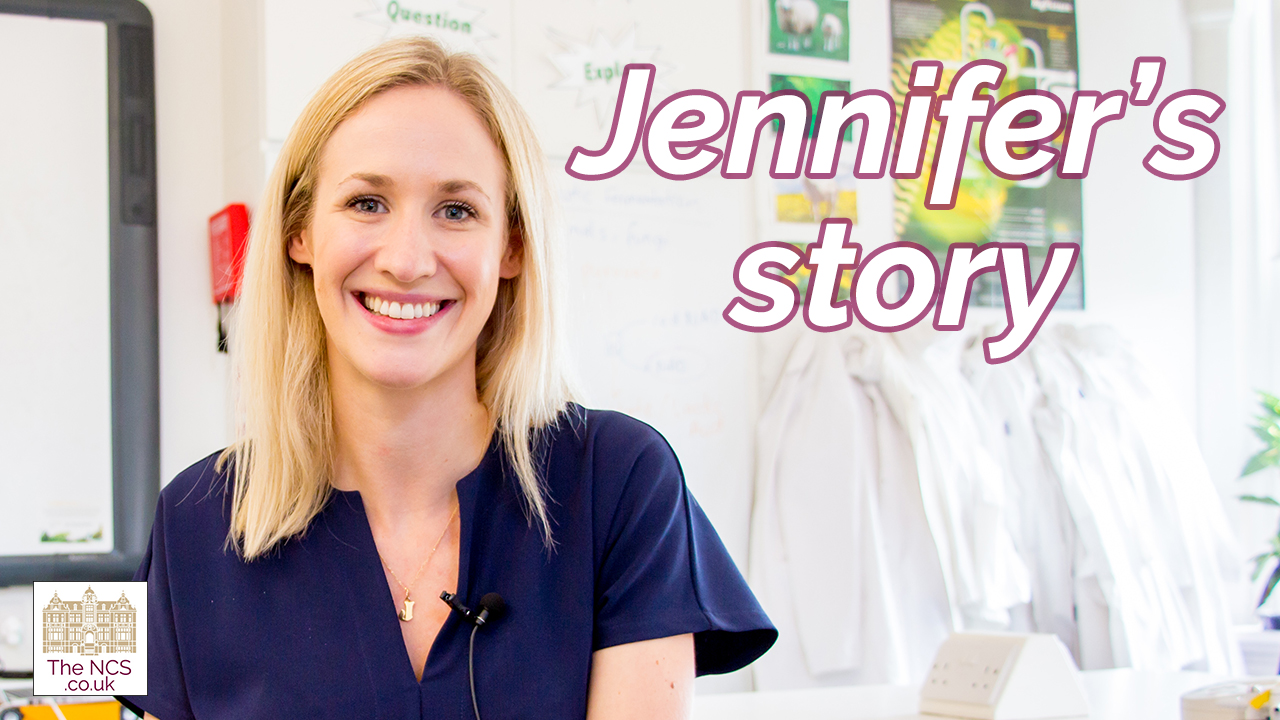 “My degree knowledge and the knowledge I gained whilst working in industry have been extremely helpful in portraying the real life applications of biology to our students.”

A year and a half into a graduate scheme working for a biotech company, Jennifer knew that she wanted more from her career. She started to retrain as a radiotherapist and then realised that teaching would give her the varied job she required whilst at the same time making a real difference to the life chances of young people. 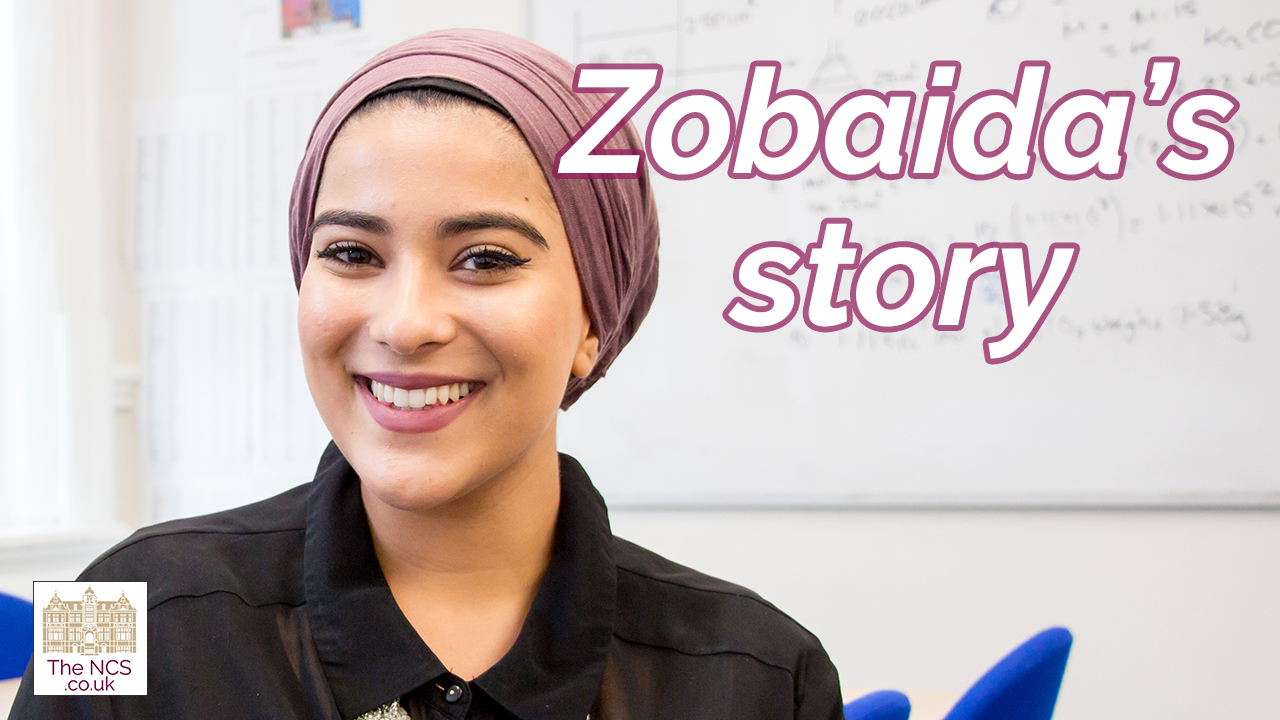 “The questions the students here ask and think of, sometimes you don’t know the answer and that makes your job even more fun!”

Zobaida studied Law & Economics at SOAS London and then went to work in the financial sector. She always knew that teaching would be her long term aim and after a year working in the city, she decided to make that change sooner rather than later. At The NCS she has progressed from teaching Maths and Economics to become deputy learning leader for Humanities all within 2 years of her joining. She loves the fact that the training and support she receives continues at every stage of her career and is tailored to allow her to constantly improve and become better at her job. 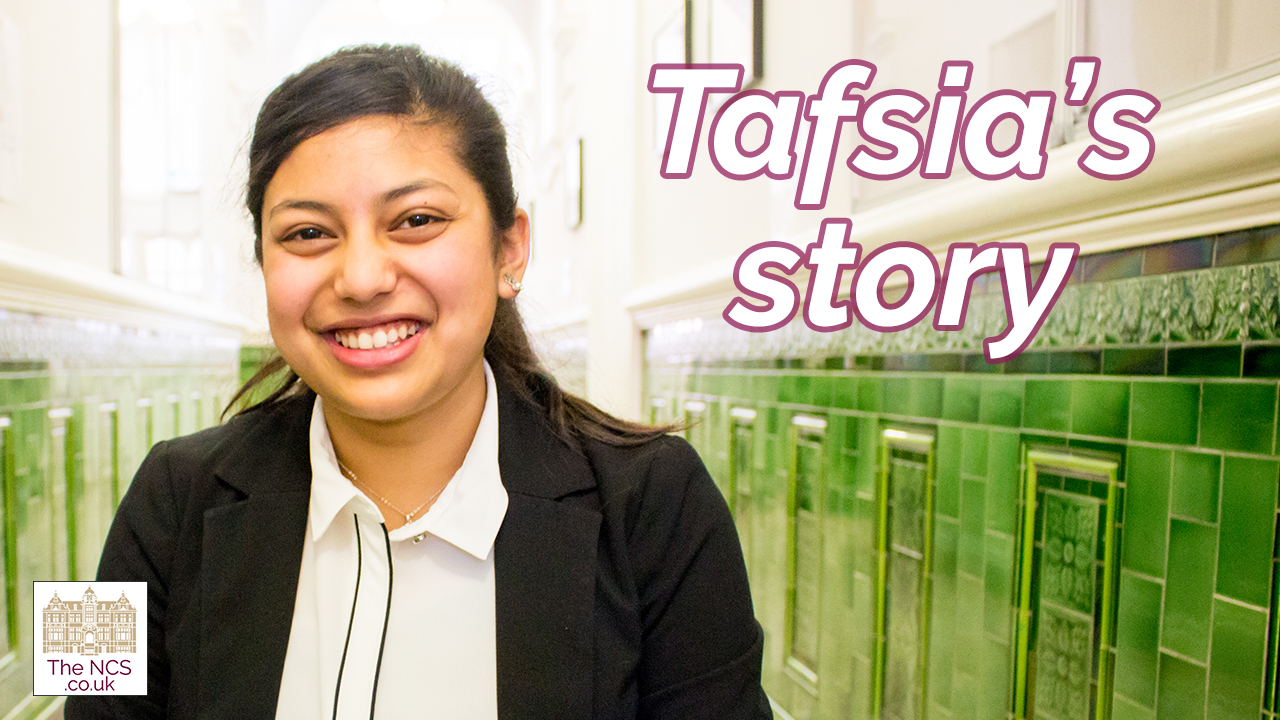 “Why shouldn’t someone from the East End dream big?”

Former NCS student Tafsia Shikdar joined us in our second year full of ambition and with dreams of doing meaningful scientific research that left a profound impact on the world. With two years of learning, support and encouragement from our expert and passionate teachers and a wide range of opportunities opened up to her by The NCS, she is now studying engineering at the Massachusetts Institute of Technology (MIT) in Boston, USA.

As part of our strategic partnership with UCL, Tafsia soon joined their Engineering Club in her first year and alongside UCL undergraduates she had the chance to put into practice her strong maths and coding skills. Tafsia was also selected for the UCL/NCS Bloomberg Financial Computing Masterclasses, the ‘Women in STEM Summer School’ at Cambridge University and the ‘Oxford Material Science Summer School’.

Central to all of the support The NCS provides are our enthusiastic and talented teaching staff. Tafsia has also noted the approachability of our teachers, always willing to help outside of lessons and providing additional material to stretch her studies via our iTunes U platform.

With so much potential we guided Tafsia through her application to MIT, providing a mentor for sitting entrance exams and then prepared her for her entrance interview. She now follows in the footsteps of notable alumni Buzz Aldren & Richard Feynman. 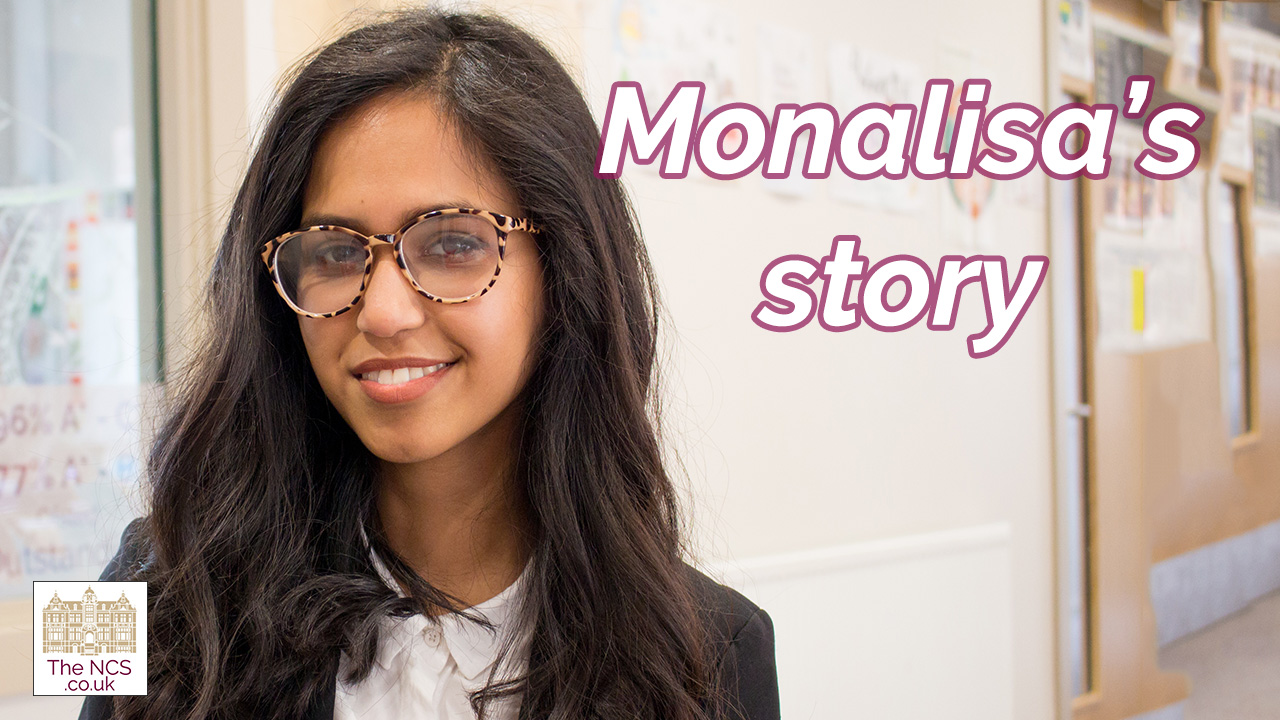 “There was constant prep towards getting you to think more critically.”

When Monalisa joined The NCS she was already an extremely accomplished teenager. Academically bright with 12 A* grades at GCSE and an individual who had already proved she could find and grab opportunities after being selected to give a talk on ‘Superheroes’ at a TEDx conference. It might be hard to imagine how a teacher could improve the life chances of such an optimistic and talented individual.

But our expert team pushed Monalisa every day and opened up many academic experiences that weren’t even on her radar. She earned a place on our humanities trip to Washington and New York, taking her out of the Newham bubble and allowing her to experience American history and culture with personal guided tours of the US Senate, United Nations and the chance to join a lecture at Columbia University.

She joined our Oxbridge Preparation Programme which provided her with a space to develop her intellectual rigour and debating skills. “My brain had been blown,” she said of the Oxbridge Tutorial, “But it was all good. It meant I had been pushed to a point where I had to challenge my own views and then defend them.”

Monalisa is now studying at the University of Oxford. 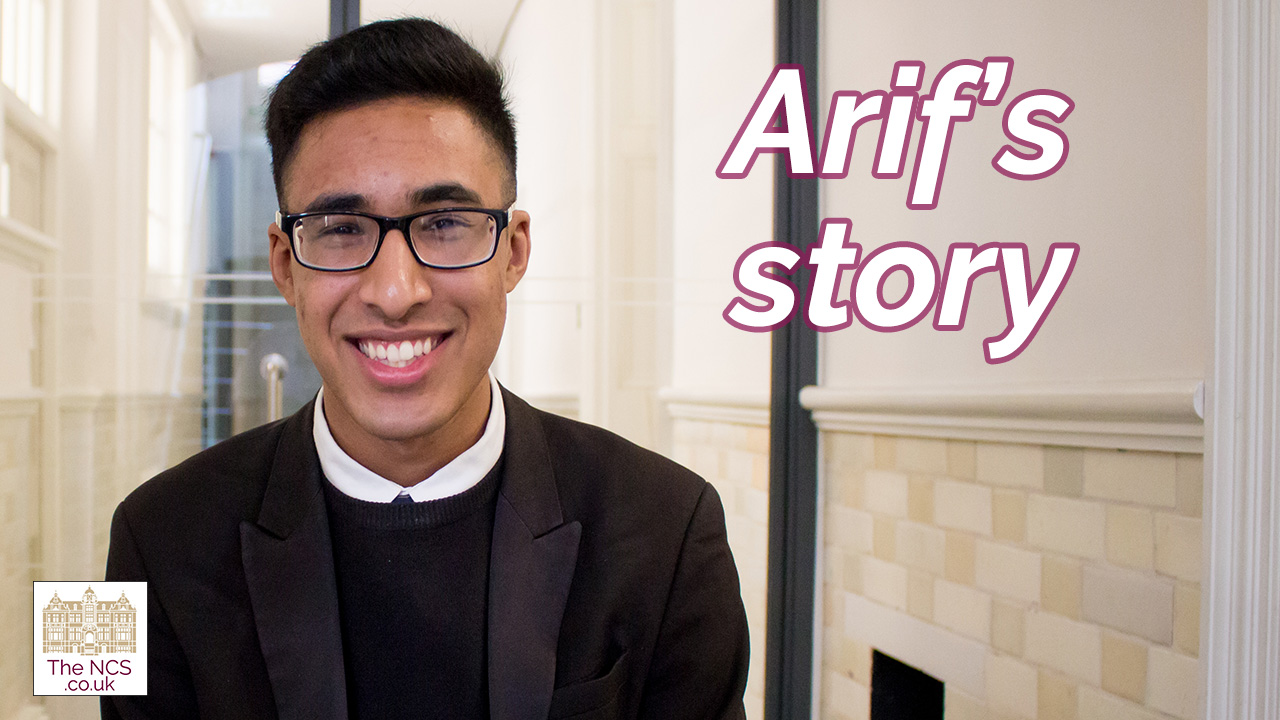 “The teachers are great! I genuinely feel they deserve a lot of credit for the way that they help their students and look after us.”

Arif sat his Maths AS exams a year early whilst he also took his final GCSE papers securing 11A*.  Arif impressed his teachers immediately, he was academically strong but extremely hard working and very humble.  He achieved full marks in all his A level Maths and Further Maths papers demonstrating his formidable ability in the subject.

One aspect of the NCS that Arif really enjoyed and benefitted from was how his teachers didn’t just teach the specification but went beyond it. They go deeper. They teach you the why’s and how’s, and boost overall knowledge on topics. A great teacher, according to Arif, allows you to learn in a way where you can apply knowledge to the real world and provides you with the skills to be solution orientated.

It was at The NCS where his teacher took him from someone who was extremely capable at maths, to someone who had a deep love and respect for the subject. In turn this led to Arif deciding that he’s going to work with maths in the future.

Arif is now studying at UCL. 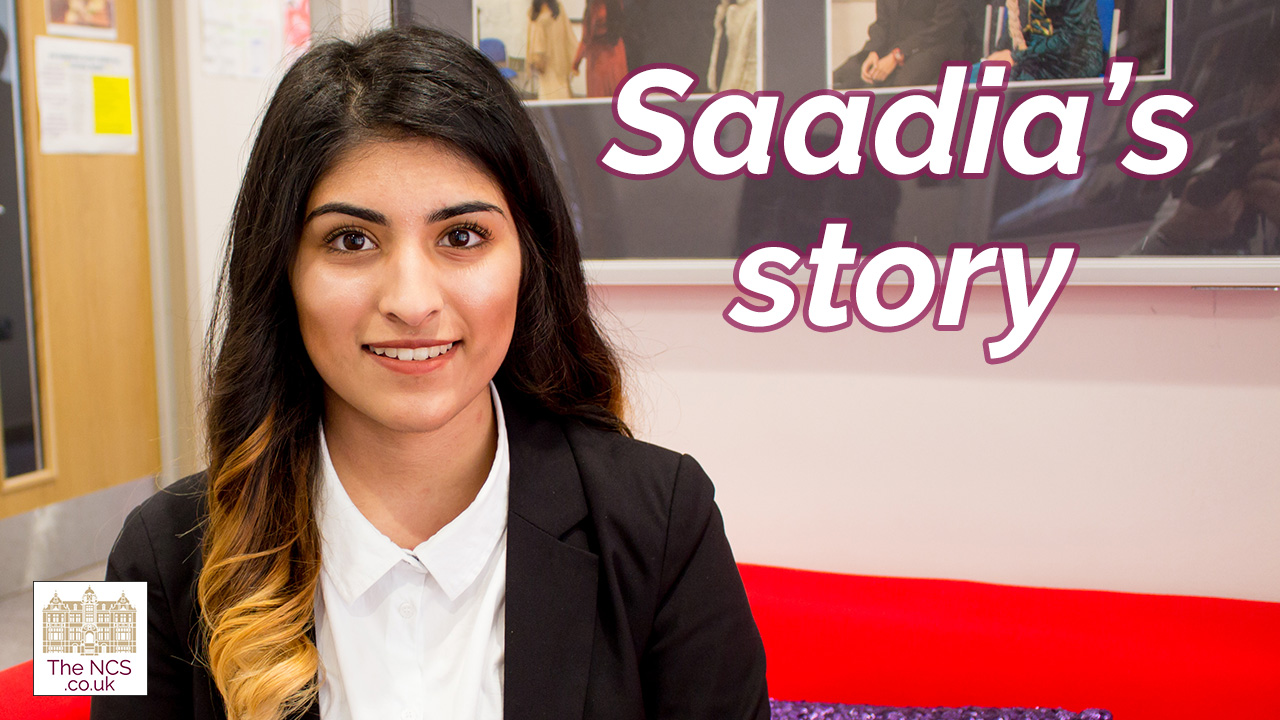 “The NCS has moulded us into the characters that we are today and that’s something we’ll never forget.”

Saadia joined The NCS with a real passion for law and politics. She wasted no time in making full use of the opportunities that landed in front of her from our emerging talent and lecture programmes.

She attended our student lectures with Ed Miliband and Shami Chakrabarti. She had a mini pupillage at leading criminal law chambers and masterclasses at CMS Cameron McKenna. The soft skills she learned with us meant she soon found herself working with Saadiq Khan on his mayoral campaign, also delivering a speech from the dispatch box in the house of commons as an MYP.

With so much talent and experience, her teachers were there to advise her beyond the subject content. To help her make the best choices for university courses and career path, her teachers arranged for some work experience in corporate law firm. This then led to her earning a place on the week long all expenses paid work experience we arrange with White and Case LLP in Abu Dhabi and Dubai. It cemented her decision to study law at University and qualify as corporate/commercial lawyer.

Saadia is now studying at LSE.

Our offer to you

A salary that is equivalent to a qualified teacher on the Main Pay Scale during your training year and thereafter.

The full cost of your training paid for by us

Experienced NCS subject mentor who will support you in developing your subject specific teaching skills during your training years.

A fully comprehensive training programme for all beginning teachers joining the NCS in September.

For beginning teachers who aspire to senior leadership positions within the first 5 years of qualifying.

Register
We use cookies on our website to give you the most relevant experience by remembering your preferences and repeat visits. By clicking “Accept”, you consent to the use of ALL the cookies.
Cookie settingsACCEPT
Manage consent

This website uses cookies to improve your experience while you navigate through the website. Out of these, the cookies that are categorized as necessary are stored on your browser as they are essential for the working of basic functionalities of the website. We also use third-party cookies that help us analyze and understand how you use this website. These cookies will be stored in your browser only with your consent. You also have the option to opt-out of these cookies. But opting out of some of these cookies may affect your browsing experience.
Necessary Always Enabled
Necessary cookies are absolutely essential for the website to function properly. These cookies ensure basic functionalities and security features of the website, anonymously.
Functional
Functional cookies help to perform certain functionalities like sharing the content of the website on social media platforms, collect feedbacks, and other third-party features.
Performance
Performance cookies are used to understand and analyze the key performance indexes of the website which helps in delivering a better user experience for the visitors.
Analytics
Analytical cookies are used to understand how visitors interact with the website. These cookies help provide information on metrics the number of visitors, bounce rate, traffic source, etc.
Others
Other uncategorized cookies are those that are being analyzed and have not been classified into a category as yet.
SAVE & ACCEPT